Spinning ‘Em Up in the Lock Down

Spinning ‘Em Up in the Lock Down

In the same way that the past few weeks have had such a fundamental impact on so many aspects of our lives, the fraternity of rockin’ DJs has had to adapt to a world where, even if dancing didn’t break all the rules of social distancing (apart from wild boppers who can create a two-metre exclusion zone all around them), all our venues are closed and our weekenders and gigs are successively falling by the wayside – cancelled or postponed to later in the year or next. The past couple of weeks have also brought news of the loss of two much-loved faces on the London scene – decades apart in age, and one much less of a surprise than the other, but both coming as desperately sad news to those of us who love to shut ourselves in dark, noisy rooms and listen to obscure records played at outrageous volumes. I’m not going to attempt a proper obituary or eulogy for either – there are others far better qualified than me to do that – but both meant something special to me, and this wouldn’t be a personal blog if I didn’t take this chance to pay tribute to them. 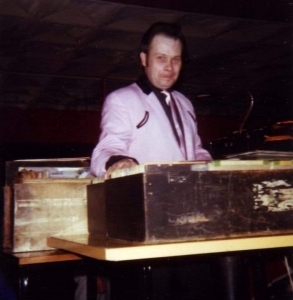 For anyone who didn’t experience the rockin’ club scene of the late 70s through the 80s, it’s hard to understand the influence of DJs like Keith ’50s Flash’ Pinnell’. No CDs with dozens of tracks on them, no iTunes, no Spotify – if it wasn’t on the small stock of compilation LPs in your local record shop, or amongst the handful of rock’n’roll records played on the radio, you didn’t get to hear it. Just looking as if you liked rock’n’roll got you, at best, shouted at in the street and, at worst, chased down for a beating. Until you found you 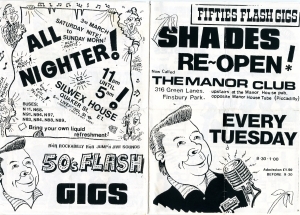 r way into one of the clubs being run by people like Flash when, in return for a couple of quid, you walked through the door to find a roomful of people like you, dancing to records you’d never heard, all of them fantastic. He was one of those who bridged the evolution from the Ted Revival scene to the rockin’ scene of the 80s, fuelling our bottomless appetite for new stuff, as well as our demand to hear our favourites every week. His clubs fanned around the North Circular Road, from the Green Gate in the East, through a clutch in Tottenham and Wood Green, and we turned out religiously three, four, five times a week, listening, dancing, meeting new mates and old ones and having a blast. Thanks for all the music, Flash; thanks for putting up with the endless requests from chumps like me – and kindly playing a good many of them; thanks for helping to make the scene was it is. Rest easy, and I hope the clubs up there are packed and ready for you… 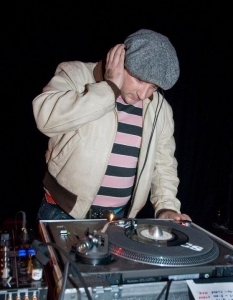 By contrast, the loss of Cosmic Keith (Keith Charlie to his Facebook friends and, in real life, Keith Marples) came as a huge shock to us all. I didn’t know Keith well – he started making an impact on the scene after work had taken me away from London and, by the time I returned in 2011, he’d moved on to other projects and away from running regular clubs – but we shared common roots in our home town in suburbia. His early forays into the London clubs (to the detriment of his school studies, like all good teenage rebels), coincided with the latter days of my getting into London clubs on leave and heading home afterwards, so he’d occasionally jump in the car for a lift. He clearly wasted no time in making his mark, though, as within a couple of years he was DJing at our local rock’n’roll club and, judging from the ‘requests’ list published at the time, managing to play the kind of records that I’d never have persuaded them to listen to. When I returned to the scene, ironically running into Keith on my first outing in early 2011, I quickly became aware that he’d become a regular and much in demand DJ, but it’s only in the recent weeks that I’ve been piecing together from the tributes he’s been paid just what an influence he was on those he worked alongside and who came after him. Hearing his praises sung by the likes of Dave Crozier, Neil Scott, Rusty Brookes, Danny from Spain and others whose judgement we hold in high regard puts him firmly in the top drawer, and learning that he’d popularized some of the garage and early 60s records that have brought a new excitement to the scene reinforces why he’s secured a place amongst those who have shaped the scene rather than just fed from it. Anyone who brought the Reekers’ ‘Don’t Call Me Flyface’ to the dance floor rates high in my book! Likewise, his part in organising the appearance at the Boston Arms of rockabilly veteran Royce Porter on his first visit to the UK marks an event the hundreds of us who were there will always remember. I only wish that life had allowed us to get to know each other better. 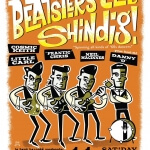 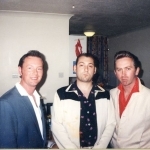 On a happier note, fellow DJs have overcome the lack of physical venues to keep the music flowing, giving them a chance to pay tribute to both Keiths. Of course, some already had slots on internet stations like Rockabilly Radio (a favourite in our household), while others have been in the habit of uploading shows to Mixcloud. The new outlet for the lockdown, though, has been Facebook Live, allowing DJs to set up their decks at home and broadcast using nothing more sophisticated than a phone or iPad propped up at the right angle. Like anything of that kind, the results have been variable – some have carefully choreographed their available space, sometimes even proj 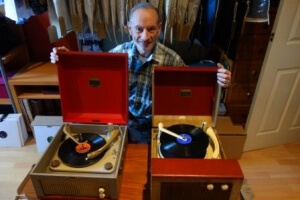 ecting graphics behind them, with the camera positioned to show them at work from much the same perspective as you’d get in a club; others have engineered a direct audio feed from mixer to device, overcoming the need for the in-built microphone to pick up sound from the speakers. At the other end of the scale are those with phone perched directly in front of them so that you can see little more than their head. That works well enough, especially for those playing from a digital device rather than spinning physical records and, of course, it doesn’t detract from the music which is, after all, the main point, but it does create the slightly strange impression of watching someone’s mute face while music plays in the background. In the first few weeks of lockdown, it’s been quite hard to keep up with shows, not least as the length of time that Facebook will tolerate a single broadcast seems to vary, and you need to keep switching between individual Facebook pages each time the DJ changes, but it’s been well worth the effort. Our DJ friends all do what they do because they love the music and, while it’ll never be the same as a real club, with a drink in hand (and no drive home afterwards!), and a bunch of pals all watching at the same time, we’ve still been able to immerse ourselves in some fantastic sessions. I’ve been sorely tempted to have a go myself – so far, a combination of real life work and the need to retrieve my decks has deterred me, but a little bit of experimentation has edged me that bit further on. I’m still playing around with the set up to try to optimise the sound quality as everything is dependent on the tiny microphone on the iPad or phone picking up what’s coming out of our domestic speakers; I’m hoping to track down a bit of kit that would let me go straight from the mixer to the device without blowing the microphone to pieces. Now we just need to persuade Facebook that playing records that are well over 50 years old isn’t breaching copyright and there’s no need to switch us of mid flow!